On board TEMPTATION-Oakcliff (Art Santry) for this year’s race was Bill Rudkin from Berthon. In class 10, they finished second, an almost 99 hour race in winds between zero to eleven knots, starlight nights and once in to the Gulfstream, t-shirt and shorts! Very special sailing conditions, very challenging to keep the boat going. It was a dog fight to the end with CHRISTOPHER DRAGON who eventually won the class by 25 minutes corrected time! Wind filling in from behind gave the little boats a chance to do very well in the fleet, as a Columbia 50 named GRUNDOON won the St. David’s Lighthouse Trophy. 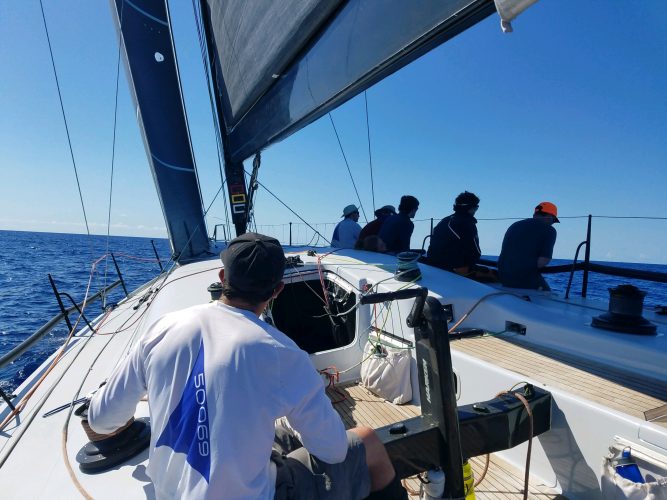